The Unfortunate Bus and Missed Opportunity 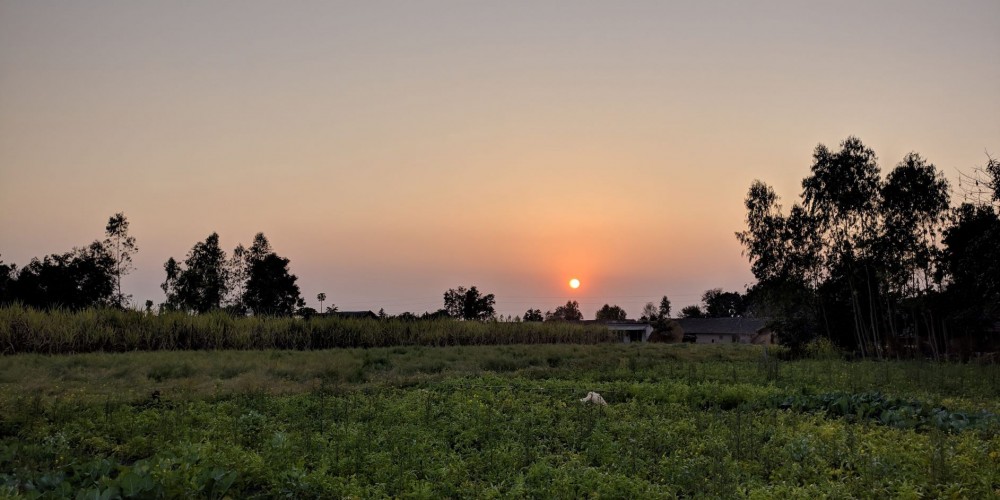 The girls started singing while we waited for our second cup of tea in a fast food shop at Benighat. It was 10:30 at night and there were almost 40 people there, passengers of the same bus, that unfortunate bus. It was already 2 hours since we were stuck there because something went wrong with the bus. We had to beat the cold and so ordered us four the tea. Some of the passengers were having boiled chowchow and some were trying to induce heat through cigarettes.

Maghi is a big festival of Tharu people, especially of the Western Terai. And because of the festival the day before, there were few buses - in fact just one - to leave for Kanchanpur. So, our bus was already delayed by 2 hours. We were to depart at 2 pm from Gongabu Bus Park. But it was already 4 pm when the engine of the bus started. Our destination was the marriage ceremony of one of our classmates, Sumitra Chaudhary, a Tharu herself. We were excited since long to attend her wedding not just because she is our friend, but also because she is a Tharu and it would be first experience for all of us to witness a Tharu wedding.

Unfortunately, circumstances didn't turn out to be what we had expected. The bus left the border of Kathmandu only at around 6 pm. By the time we reached Benighat, it was already 8:15 pm. The bus stopped and we were informed that the bus had some problem. Two drivers and the bus conductor were convincing us that the bus will soon be ready to resume our journey.

The clock kept ticking away. We grew more impatient with each move of the clock hands. The drivers would not inform us what was going on with the bus and how they were trying to resolve the issue. In a few moments, the main driver was nowhere to be seen. We understood that it would be highly unlikely that the bus will be repaired anytime soon. The situation was tensed. Everyone started to blame the conductor that they didn't try enough to solve the issue. It was already midnight and so, it would be impossible for any help to be available.

After about 9 hours, at around 5:30 am the next day, the equipment required to repair the bus arrived. And after 2 more hours, the bus was successfully repaired. At around 7 am, we resumed our journey. However, by that time, we were fairly confident that we would not be able to attend the wedding. Two more delays - one because of Nepali Congress's strike in Butwal and another because a vehicle collided with and killed a wild boar in Banke National Park - meant we reached at Chisapani, the border to enter Far-western Nepal at around 9 pm, after almost 28 hours of travel. By that time, we had already decided that we would be staying at Chisapani in a lodge - because it was already too late - and will move towards Kanchanpur the day after.

Chisapani was mesmerizing. The wind blows constantly as if someone has turned on an ultra-huge fan with endless supply of electricity. We waited for about an hour to capture the time-lapse of the sunrise because we weren't sure about when the sun would rise and from where. With Karnali Bridge on the foreground, sunrise from one of the hills looked enthralling. When the sunlight touched the sand grains, they lit up like diamonds. Even though I’ve never been to a real sea beach, being there and writing name on the sand felt romantic. The constant wind never stopped, though. And we had to swiftly move to Kanchanpur even though we had already missed the wedding ceremony.

Sumitra’s new home is in Beldanda, a village at the Nepal-India border. The sight of endless sugarcane fields was jaw-dropping for me. I’d been to Terai multiple of times. So, sight of plain land and being able to see as far as your eyes can without any obstacle before the curvature of the earth wouldn’t allow you is not as enthralling to me now as it was when I first visited Terai. But here, you literally see sugarcane wherever you land your eyes upon.

Sumitra was in her wedding attire before we even arrived there. I was a little disappointed not to see her in traditional Tharu dress. But who am I to complain? However, it did feel special that they were anxiously waiting for us because we had promised we would do wedding photoshoot. Well, the wedding ceremony was already over. But we would do the photoshoot anyway.

We were guests and so Sumitra and her new family wanted to welcome us as Tharu people traditionally welcome guests. In the dining room, they brought food - every item in separate tapari (bowl made up of sal leaves) - pork, buff, chicken, bayar pickles, cabbage pickles and some others. They also brought some local alcohol that they somehow called LT. It tasted exactly like local Newari raksi but they had mixed sugar in it. None of us could drink more than 3 small sips. We appreciated the hospitality, however. Little did we know that all of these were just appetizers. The main course was yet to come. At that moment, it reminded me of Newari style of hosting guests. We also have appetizer that we call kaula before the main course. Kaula in itself is pretty heavy and I rarely am able to finish the main course wherever I visit as a guest. The situation was same here. While appreciating their hospitality, we refused the main course.

The most entertaining moment of the day was the tradition that the newly-wed bride applies makeup on everyone who had helped during the wedding ceremony. The ceremony would definitely be tiresome because of days of tireless work. The neighbours, relatives and villagers help the family to organize the ceremony. And as a way of paying gratitude, the bride does the makeup to all the helpers. The funniest part is, she performs the makeup to male members as well. The atmosphere was extremely funny.

Late in the night, at around 9 pm, they organized sort of a dance party. The elder brother of the bridegroom played madal (it wasn’t a madal to be exact, because there was no black circle on the cheek where you beat to make the sound, but it was similar in size to a madal). The neighbours sang the Tharu songs and we danced. It definitely was enjoyable.

No long trip to the west would be complete without Pokhara. The next day, we travelled to Chandani-Dodhara Bridge. Then we caught the bus for Pokhara, another 18 hours of bus travel. After relaxing in Pokhara for a day, we were back to Kathmandu.