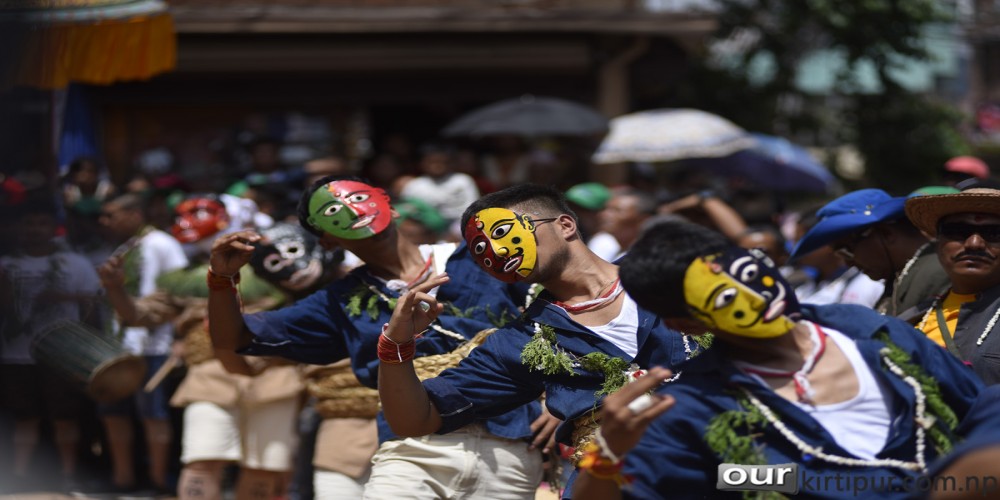 Kirtipur. Sa:Paru or Gaijatra is celebrated in most of the places of Nepal. This year it was celebrated on 27th August .In Kirtipur  this festival is celebrated in an unique way. Families who have lost their be-loving ones participated in a procession for whole day.

People wearing masks and colorful clothes were on the procession. Similarly some people specially children disguised  themselves as a cow .

In the same occasion the special dance named  "Dhe-Dhe-Pa-Pa"  was performed. According to locals this dance is performed to mock " Dancha Buddha", the betrayer who helped Prithivi Narayan Shah during Kirtipur war.

This year community from Mana: Tole, Kirtipur organized the festival. Each year one community takes responsibility of the whole function. Here are few photographs captured on that day.