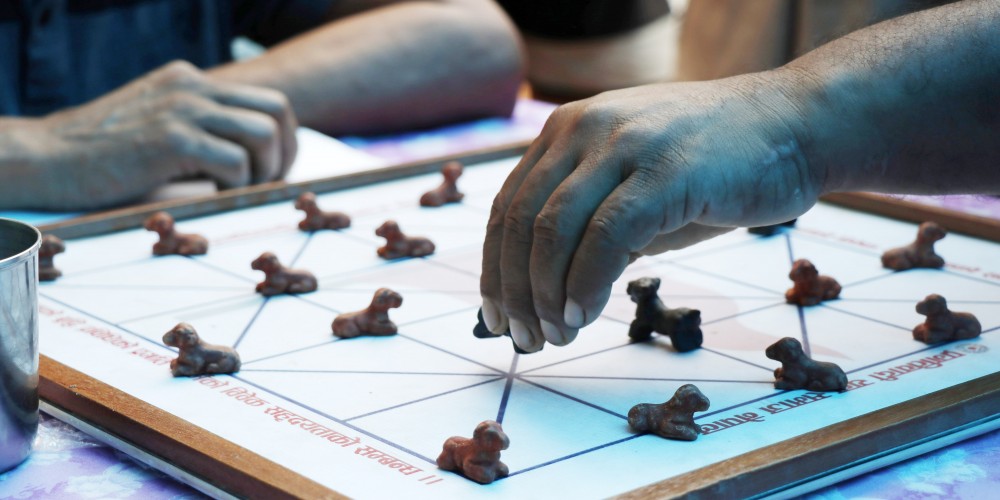 Baagchaal- a board game that consists of miniatures of tiger and goats was inaugurated in Gutpau tole today on 20th Asar 2076. It was jointly organized by Kirtipur Khelquud Bikaash Samaaj and Swargiya Nabin Smriti Pratisthaan in memory of contributions in Sports field and society by Late Nabin Maharjan. The total of 27 participants registered for the competition; and the inauguration was marked by handover of competition materials from Chauthi Nabin Maharjan to referees.

According to the coordinator of the event Pradip Maharjan, such types of games and competition helps in developing sportsmanship in individuals, developing social cohesion and harmony among community people and also helps in promoting/ preserving local board games. The games up to quarter final were held today; and there will be semifinals and final tomorrow from 11:00 am followed by prize distribution ceremony. National Baagchaal Champions Sagar Maharjan and Paanbhai Deulaa are also going to be honored in the event tomorrow. The event will certainly encourage participants to go for national level competition that is going to be held around Dashain this year, as one of the organizer remarked. 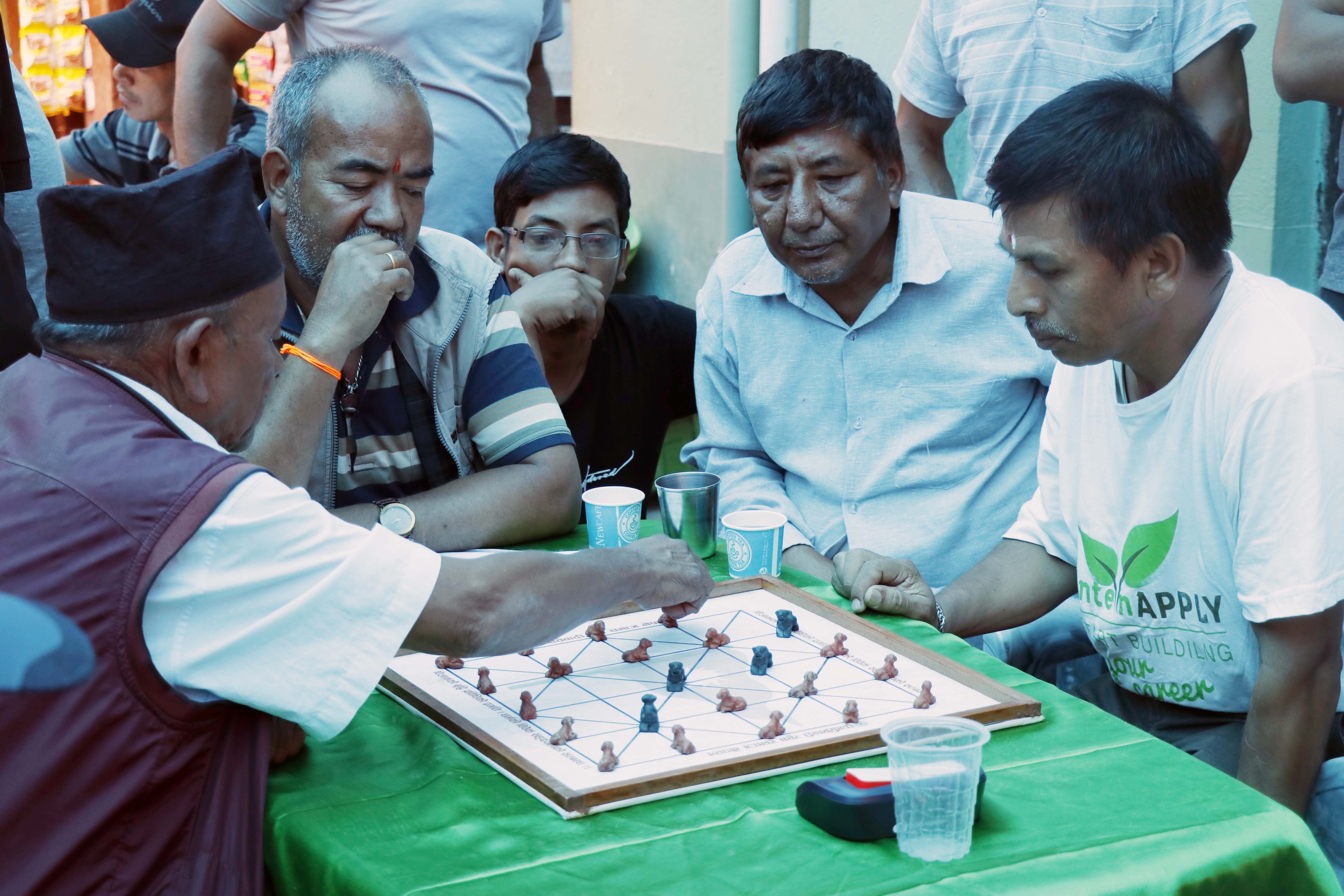 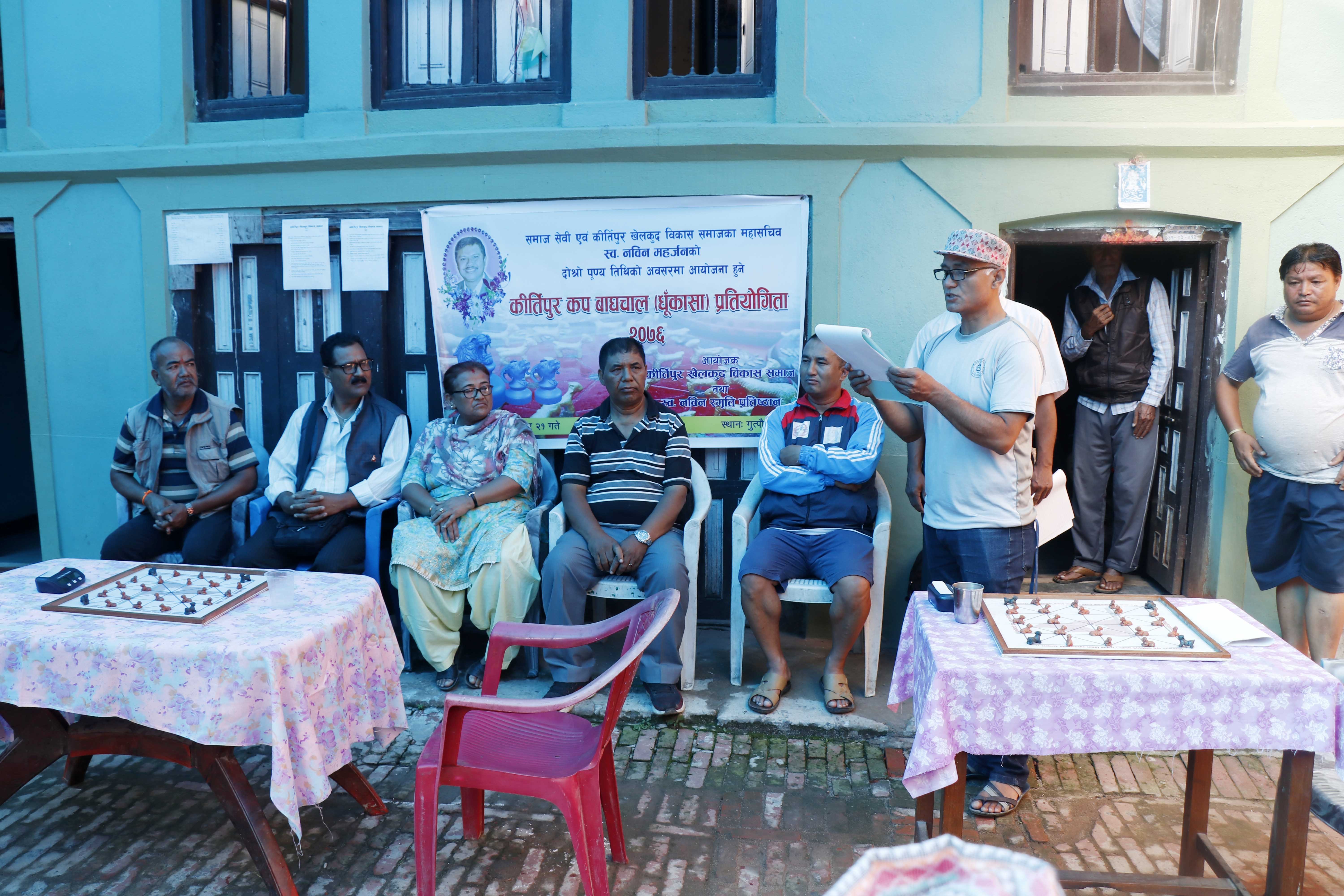 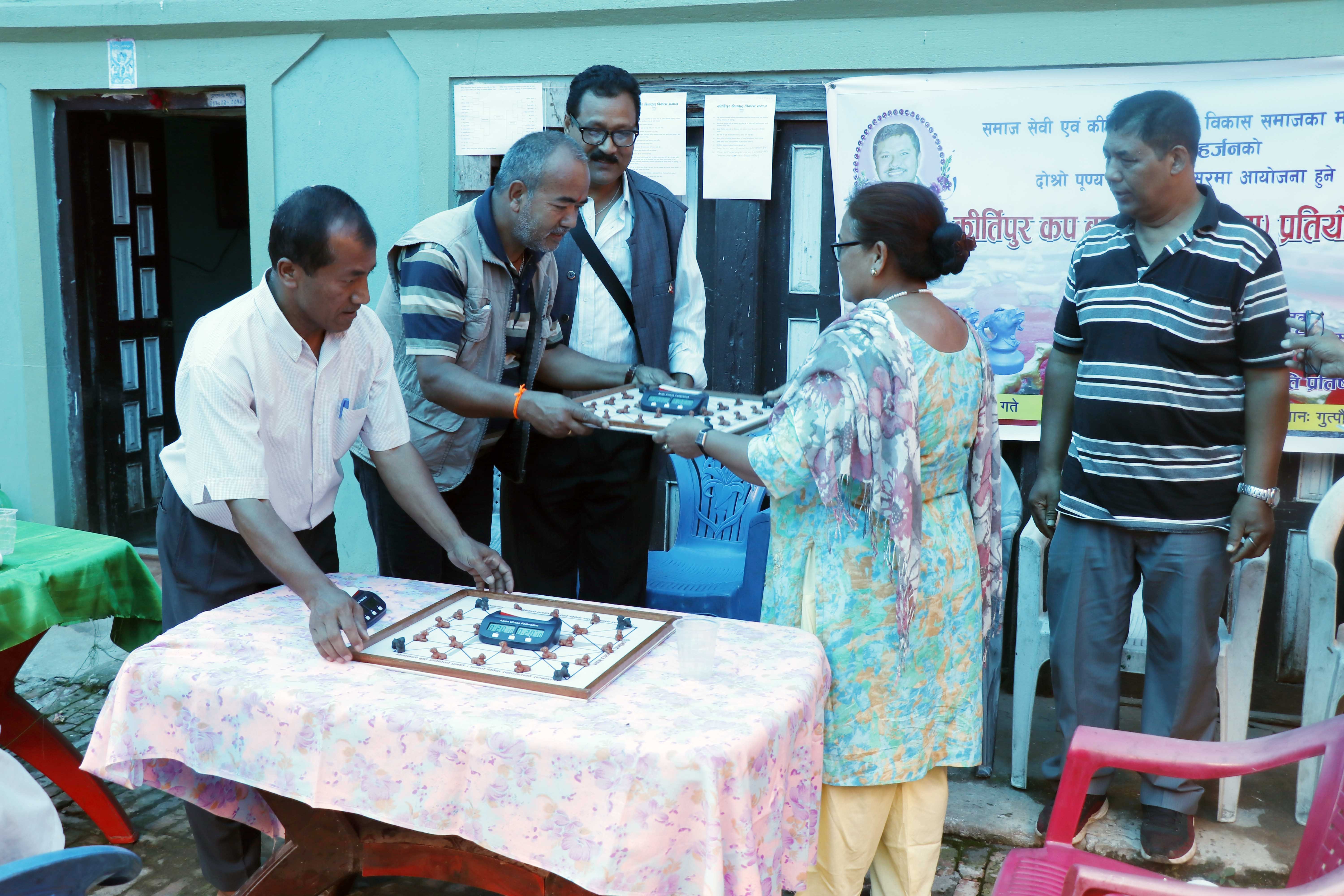 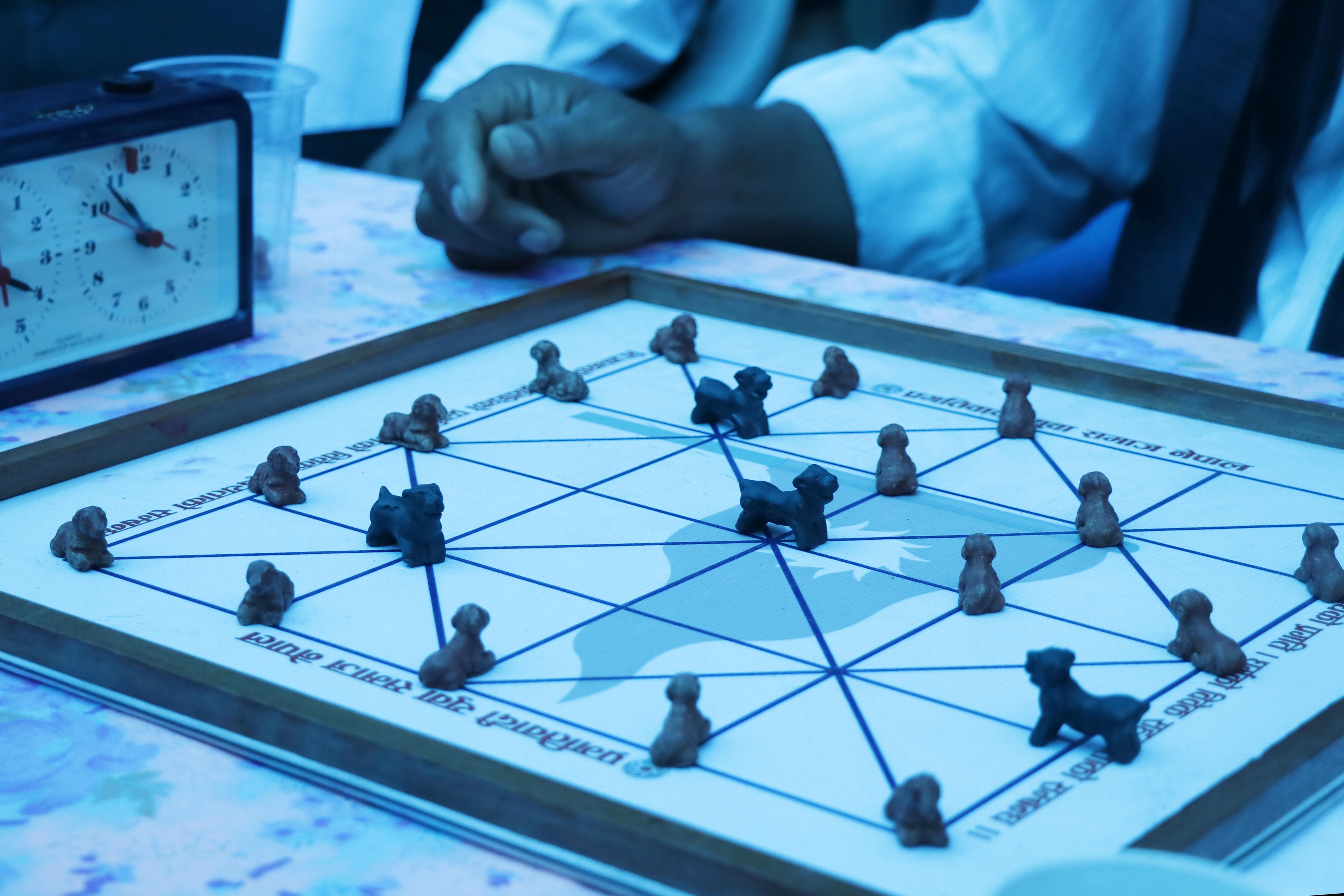 Text and Photo by: Binay Maharjan