Community libraries then and now 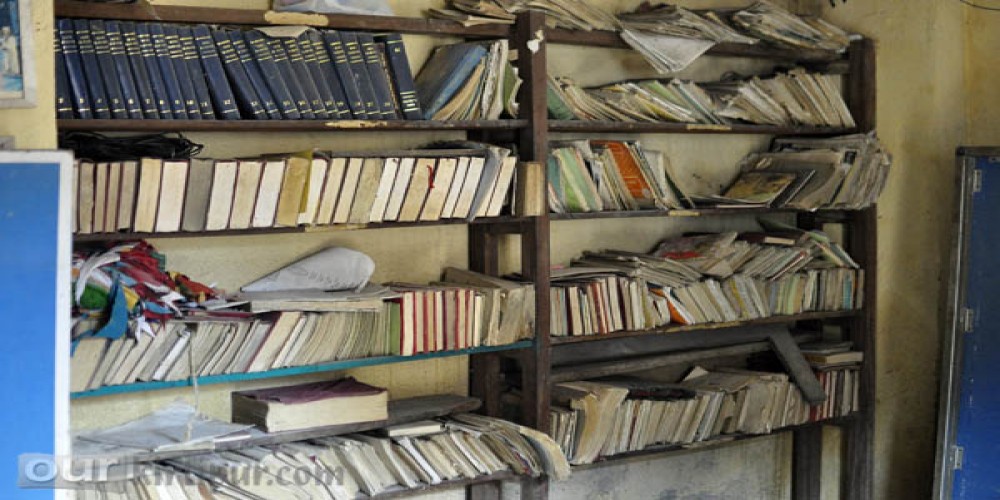 A book is an abode of knowledge. A library is an abode of books. Humans are reasoning beings. A book is a source of reason and knowledge. Today, the books are losing its value. Libraries are no longer popular. And there are various ways to gain knowledge than reading a hard copy of a book.

In Kirtipur, there used to be several libraries just a decade back. The libraries filled with enthusiastic and avid readers, maintained by the community people. As can be said ‘‘of the people, by the people, for the people’’. But today, these libraries are in dire state. People have neglected them as if they never did exist. The very library from where the stories of revolution were spread. The very place that used to be people’s pastime and gathering venue for intellectual talks is now inhabited by clouds of dust and squeaking rats.

The Kirtipurians do not have a single functioning community library in the present day. And worse, people are least bothered about it. Have the people gotten so busy with their own lives that they don’t have a little time to contribute for the maintenance of these libraries just round the corner? Or they don’t feel the necessity of it anymore. Whatever the reason, but these libraries are in critical need of renovation.

‘‘The establishment of the libraries in Kirtipur started when the political condition in Nepal got liberated. The libraries were established by the youths who had firm belief in communism and were against the Panchayat rule. These libraries acted as a symbol of freedom and expression, an outlet of suffocation they had felt in politically rigid Nepal.’’, says Chandra Man Bajracharya, the founder of Jana Chetana Pustakalaya at Chilancho, Kirtipur.

Bajracharya, who is also the scholar of Nepal Bhasa, says, ‘‘But the maximum people of Kirtipur were not aware of the significance of those books. Kirtipurians still don’t have the reading habit. That is the main reason why the libraries couldn't last long. The books in the library which were collected from the local people, donated by various publishers and educational enterprises are all gone. Without my knowledge, these were taken away by people and all that remains now are some heavy dictionaries.’’

He adds, ‘‘Seeing the condition of libraries in Kirtipur, I have come to believe that every library here had its own youth and a death phase. Like in Jana Chetana itself, it used to organize many literary programs and competitions like poetry recitations, essay writings and various cultural programs also. These events took place in the anniversary date of its opening.’’

The weeds growing over the roof and the locked door speak of its abandonment clearly.

Speaking of other former active libraries,  the Bagh Bhairab Pushtakalya of Kurjal, established on 1st Baishakh, 2016 B.S. is now a storehouse for community goods like Sukul, electrical wires and other items. ‘‘But unlike other libraries, this library has preserved its books. And we hope to bring it into operation soon.’’, says Ganesh Lal Tandukar, past Head Manager of Bagh Bhairab Pushtakalaya. This was the second library established in the Kirtipur after the Padam Bikram Pustakalaya near Bagh Bhairab Temple in Kirtipur.

‘‘I remember I had a hard time collecting the books for the library. My father worked as a mason for the Royals. And he asked them for the support of books, which they did very generously. The major contribution came from them. Besides we had books from embassies like Korean Embassy, Chinese Embassy, etc. The local people also donated the books which were in their homes. The old books of T.U. library and Laboratory School were also sent here.’’

‘‘ The major downfall of this library came when it was handed over to the youths of the locality. They said that the then present managers of the library were not efficient enough and that it needed new administration. So there was a meeting held and was passed on to some of the active youths. But, they couldn’t function well. Within some months of this transition the library was closed.’’, concluded Tandukar.

Apart from these libraries, there are almost a dozen more located in various places like Panga and Nagaun of Kirtipur, which are also not in operation. The libraries are either replaced with some community building or stacked with piles of other materials of public property. For instance, the Suryajyoti Library of Dhusi, Panga is full of wooden planks and blocks, hoarded in between the shelf of books.

Public libraries benefit the society in numerous ways. It is easily accessible and available to all the people in society regardless of their age, gender or class. It can be of use to the school children mostly. They can refer the books from the public libraries when the libraries at school are closed. Libraries can also be utilized to preserve the history and heritage of the local area. Kirtipur is a historic place and it would be very helpful for the tourists visiting here to gather the relevant information about the place. It can also be used as a gathering venue for socializing, networking, or working together on school projects or community issues. If the library culture grows, it could foster book discussion and the writer’s groups may come together at the library.

The Kirtipurians should therefore look into this issue and repair its libraries. The books preserved by some of the libraries are already eaten up by rats, silverfish and termites. They should be made use of before they get wasted away fully. Let not these abode of knowledge perish in vain !