My book The first one is always the most special 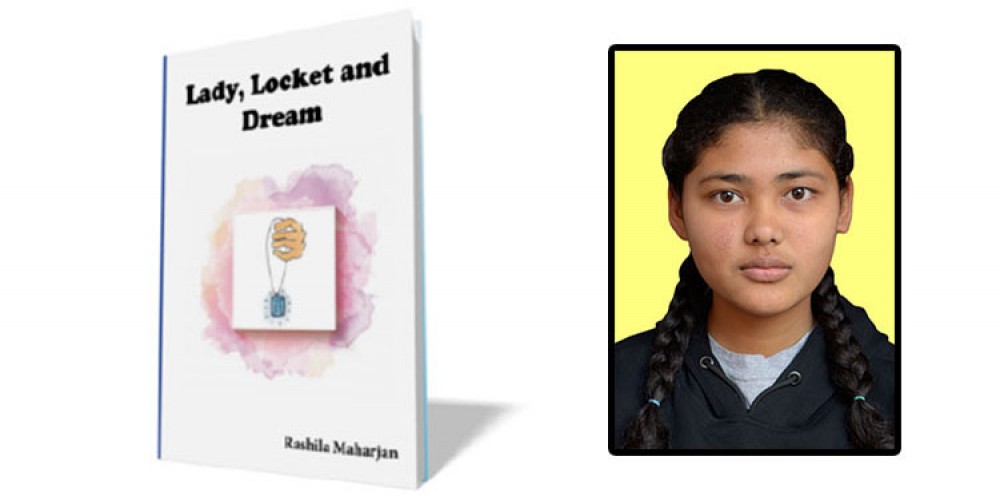 A year ago, there was a mural art workshop conducted by Panga Community Library. There were 51 participants, of whom I was also one. Our project was to make a mural map of Panga. We completed the project within 3 weeks.

After 2 months, I came to know that Panga Community Library would be conducting Fine Arts classes every Saturday for 28 weeks. I love drawing, sketching and painting. So I applied for the classes. I was so happy when I knew that I got selected.

During one of the classes, our teacher Sanjeev sir and Yogesh sir told us that they were thinking of publishing picture-story books in which the writers and illustrators would be the participants of the art classes themselves. What that meant is that I could be a writer! I’d have my own book published! When I heard it first, I was thrilled. I had already started imagining me being a writer. But of course, imagining is not enough.

At first, I thought it would be very easy to just create a story and then illustrate. Afterall, I’m actually learning how to illustrate. Yet, it was anything but. First I needed a story. Writing stories or even poems is not my cup of tea. I had no idea what to write. I was not good at vocabulary either.

When we were told to create our own story, I immediately thought I would write a horror story. However, it was easier said than done. I delved into my imagination; I wandered into the valleys of my mind, trying to come up with a nice horror story. I did manage to write one and I was satisfied with it. I showed it to my teacher. He thought it was interesting. Finally, I got my story approved.

The work was just half done. I still had to illustrate. Now that was even more challenging. Sketching each and every event of the story was very difficult. At first, I roughly created a storyboard. I was not satisfied with that. I redid it. I felt something was still missing. Something didn’t seem quite right. I did not know what, though. What am I going to do? I got so exhausted with it that I thought I needed a break. But no; how about one last try? I carefully put my thoughts into it; a bit more concentrated, a bit more imaginative and a bit more sprinkles of creativity. There it is! I thought I’d get it done now. I felt proud of myself. I was somehow satisfied. However, something was still not right. I showed it to my sister. She helped me with some of the drawings. She even helped me in coloring them. But what the most important bit she did was to support and motivate me in completing the book.

It took around 2 months for me to write the story and sketch it out. The toughest job was to draw the characters exactly the same throughout the book. Coloring was difficult too. I was not that good at using pencil color. To be totally honest, I actually didn’t enjoy coloring so much. But I still completed it.

Some 3-4 months later, my friend Bejil called me. She told me that we were called in the library. When we got there, Yogesh sir told us that our books had been finalized and we could see the dummy copy of them. The thrill ran down my spine. My very first book! The one that is actually written by ME! When I held my own book for the first time, I felt as if the world is on my hands.

As it is said, “First one is always the most special.” Holding my own book for the first time is the greatest achievement of my life so far. The moment I turned its pages and smelt it, I was over the moon. It definitely was the happiest moment of my life yet.