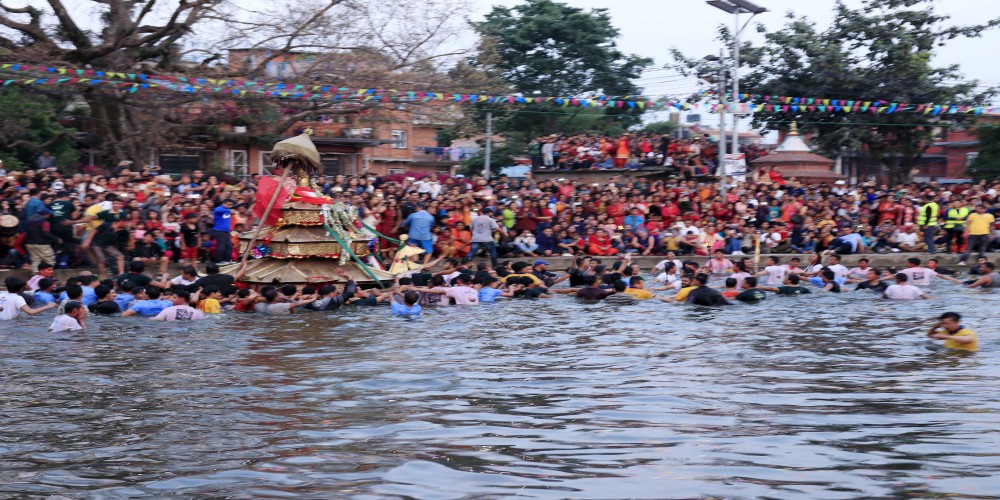 Tudaldevi Gahana Khojne Jatra (a festival to search for jewelry) is celebrated every year. The festival is observed over several days.  On the main day of the Jatra, the idol of Goddess Tudaldevi Baishnavi is placed on a chariot that is pulled from her temple at Baluwatar and taken through the ancient town of Hadigaun by devotees.  On the way to Gahana Pokhari, the chariot is stopped multiple times at the doorsteps of the houses where red mud is painted in front. This is a symbol for the chariot to halt and devotees take their time to pay respects and make various offerings to the goddess. One of the interesting offerings is umbrella that is hung on the top of the chariot.  Once the chariot arrives at Gahana Pokhari, two men take three rounds of the pond with a silver pole (like a specter) on their hands. Scores of musicians playing Dhime and Nyakhin follow the two men and make three rounds. Following the lead of a man with a torch, devotees pull the chariot into the pond. They also take three rounds pulling the chariot deep into the pond.

The main chariot is accompanied around the pond by another chariot of Goddess Mahalaxmi, the youngest sister of Tudaldevi, which is also called Manekhat.  Manekhat is placed to the dabali (a platform or open space), waiting for Tudaldevi to arrive. When Tudaldevi finds her jewels and comes back to the dabali, the chariot of Mahalaxmi take three round around Tudaldevi chariot. The idol of Mahalaxmi is then returned to Naxal.  The chariot of Tudaldevi is placed at the oldest dabali at Hadigaun for two more days and prasad and flowers are sent to the goddesses of Nuwakot and Manamaiju as news that the lost jewels have been found.  According to the lore, Tudaldevi had lost her jewels in Gahana Pokhari while she and her three sisters Mahalaxmi, Manamaiju, and Nuwakotdevi were swimming. As it was getting dark and their homes were far, Nuwakotdevi and Manamaiju went to their respective homes while their elder sister Tudaldevi stayed back searching jewels. The other sister, Mahalaxmi from Naxal, gave her company as her home was nearby. After the jewels were found, both sisters returned home. 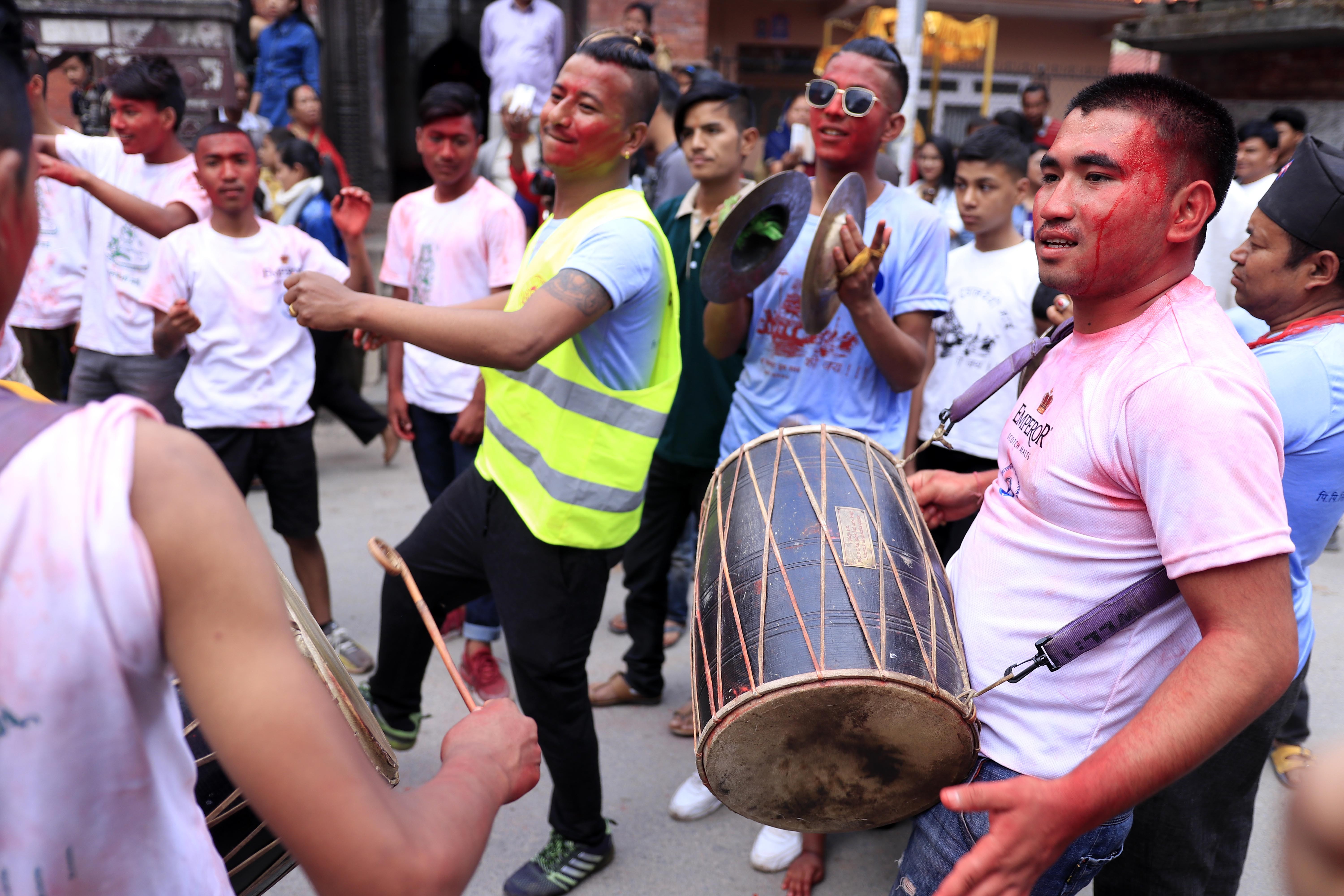 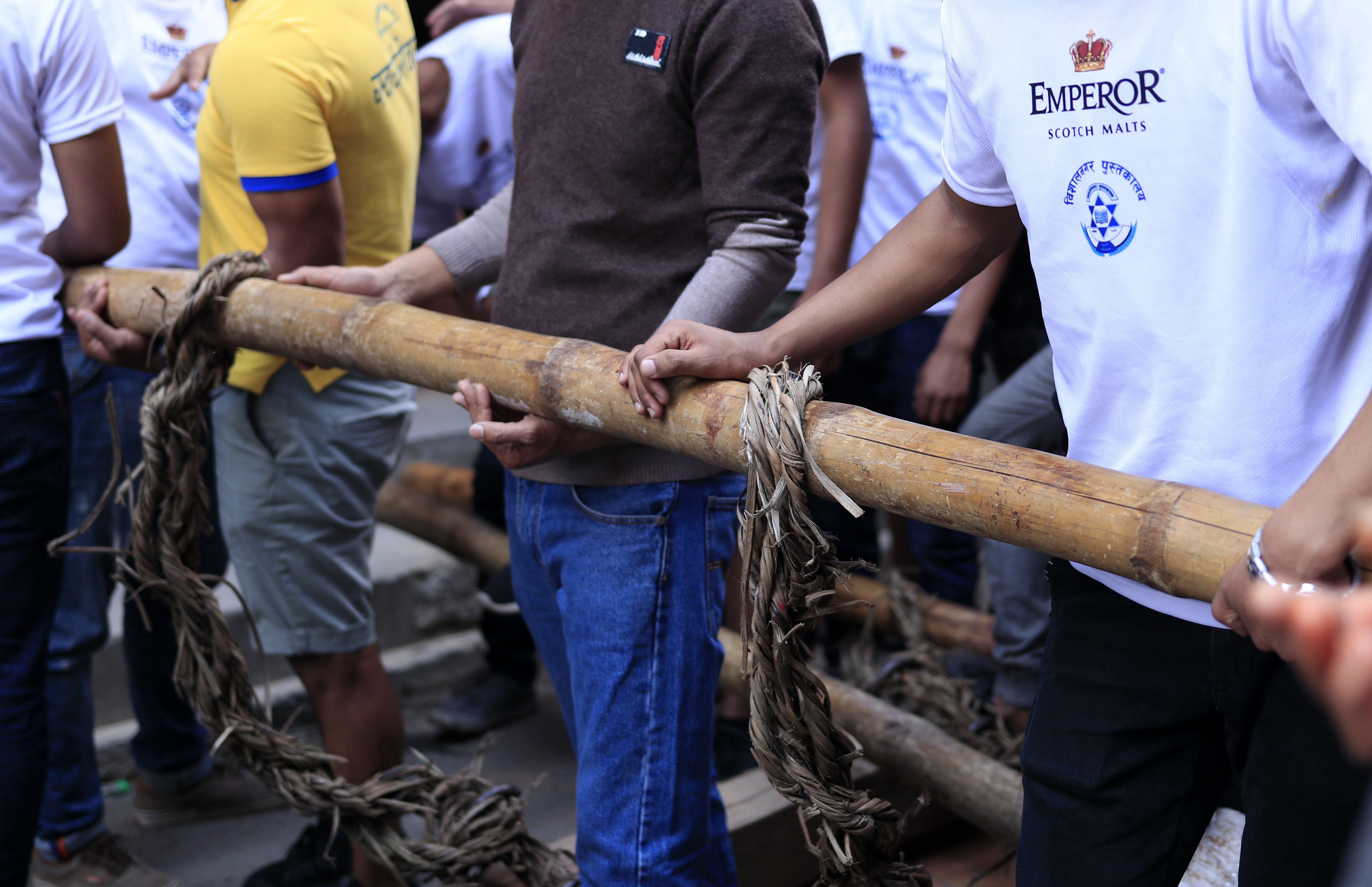 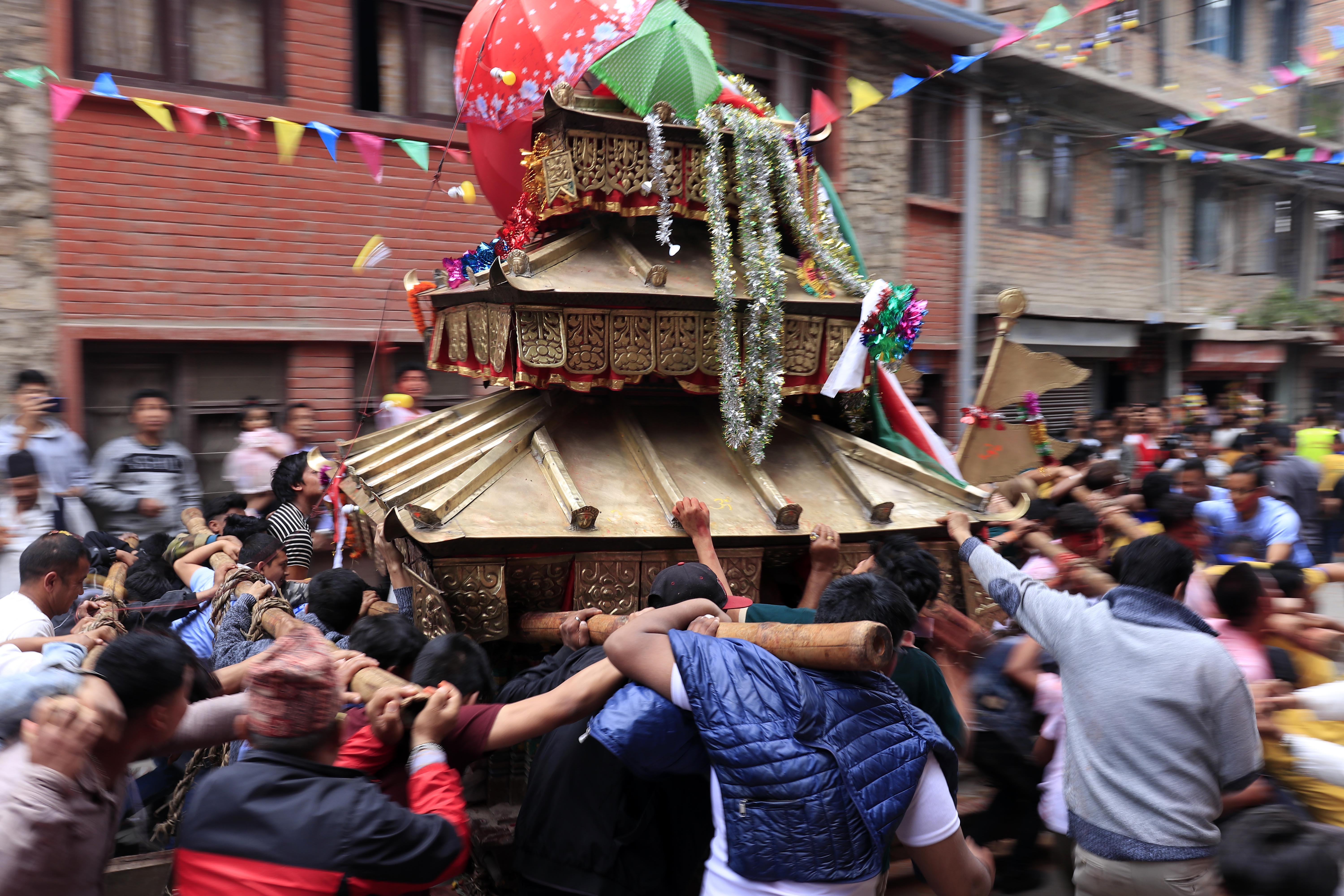 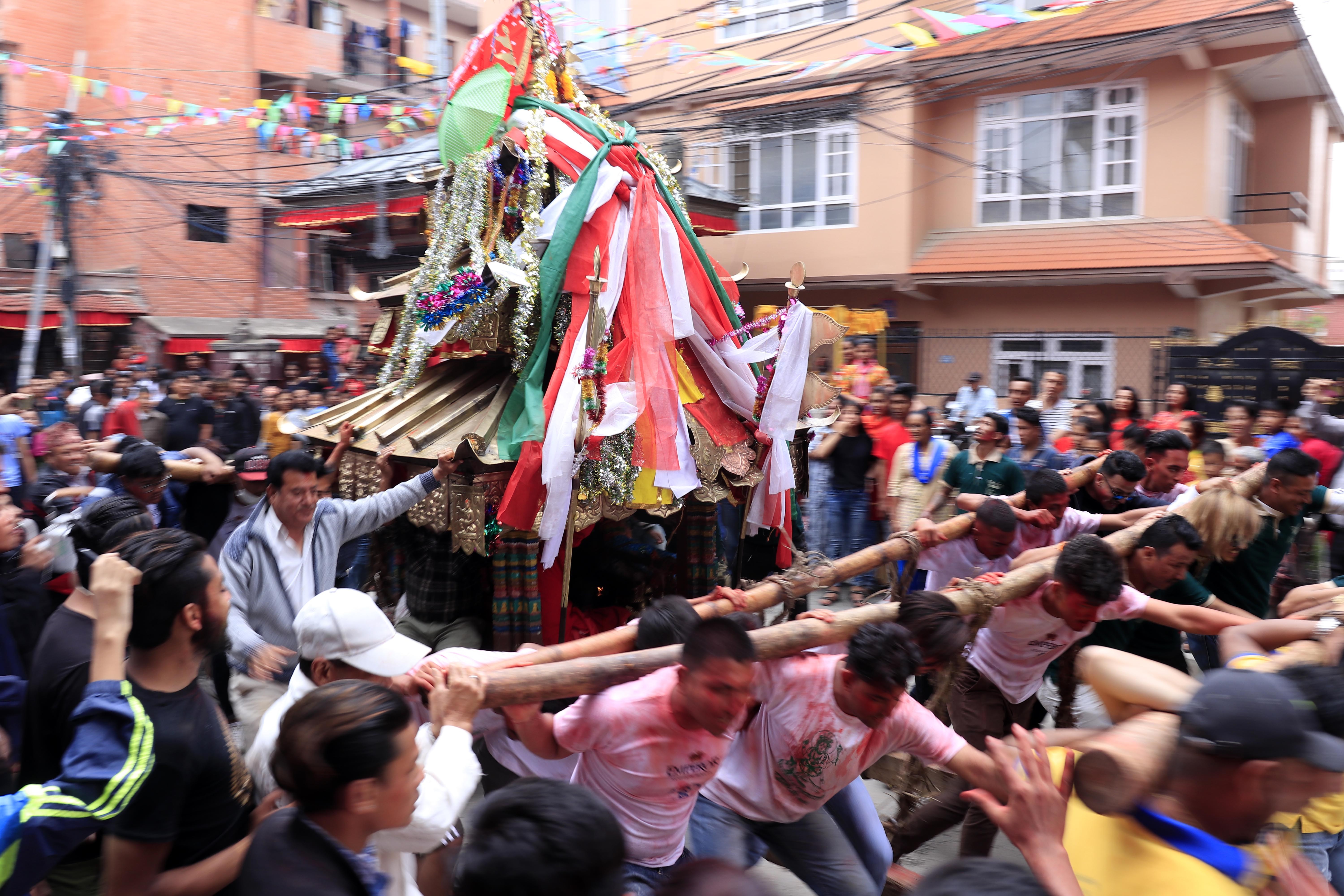 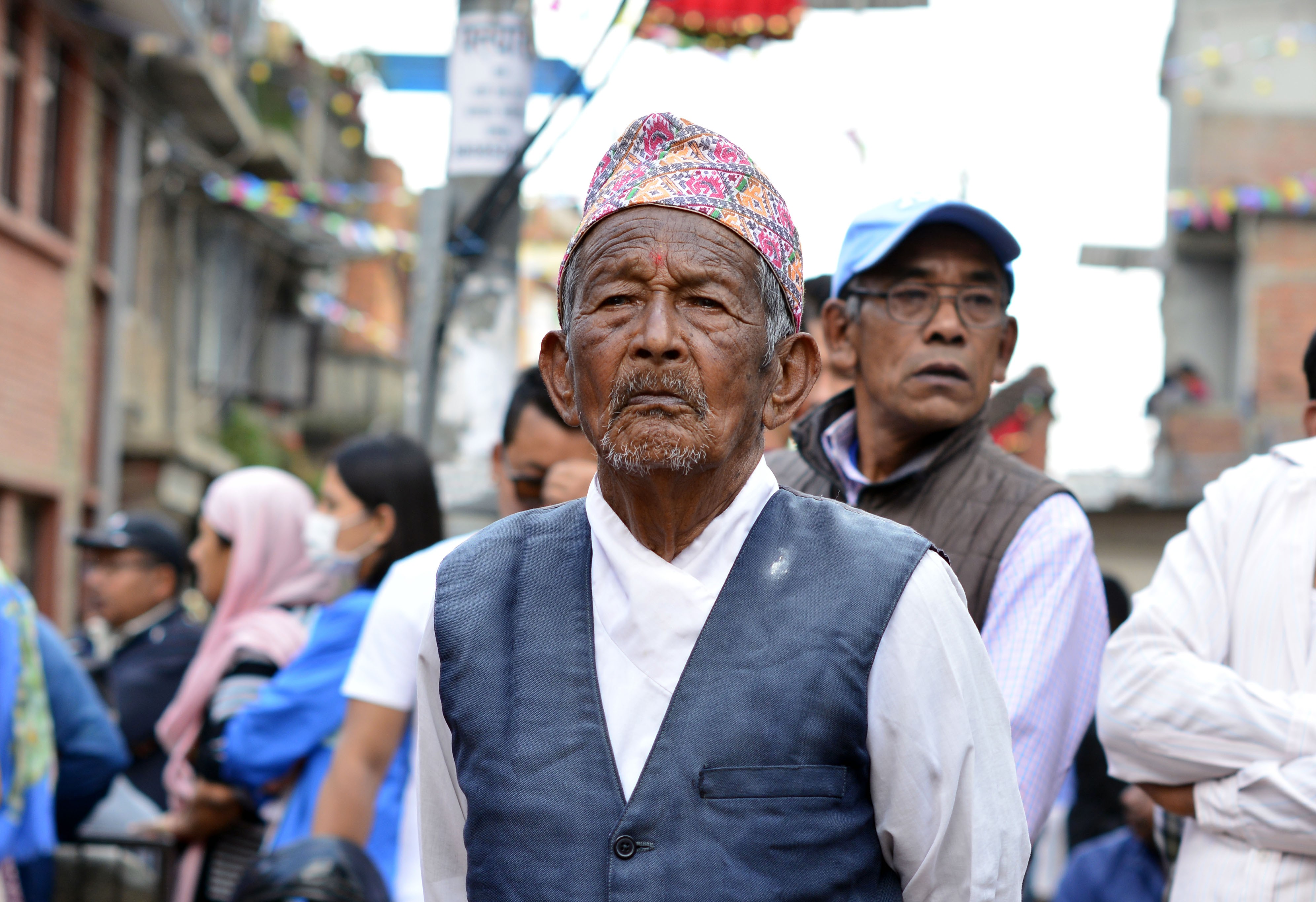 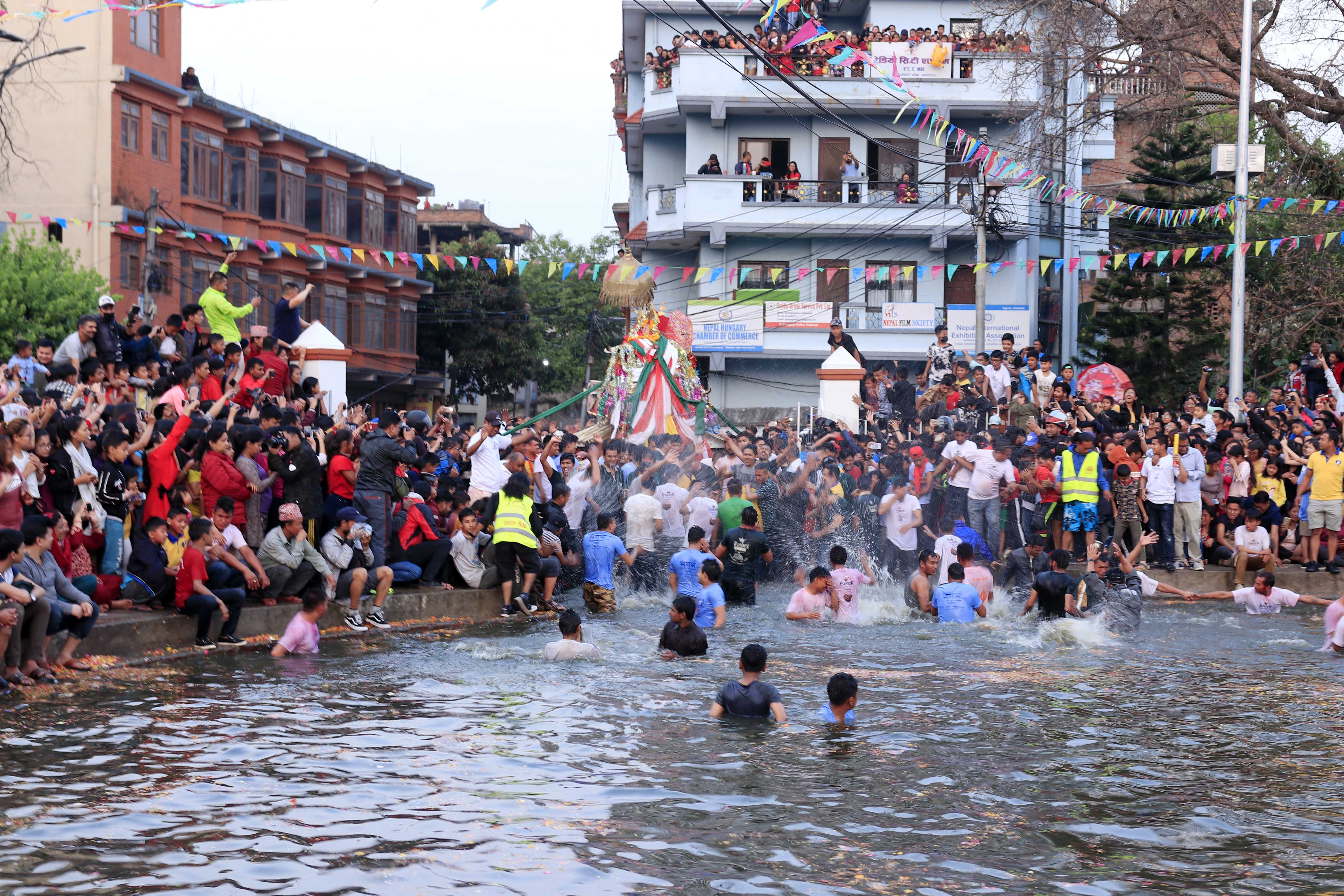 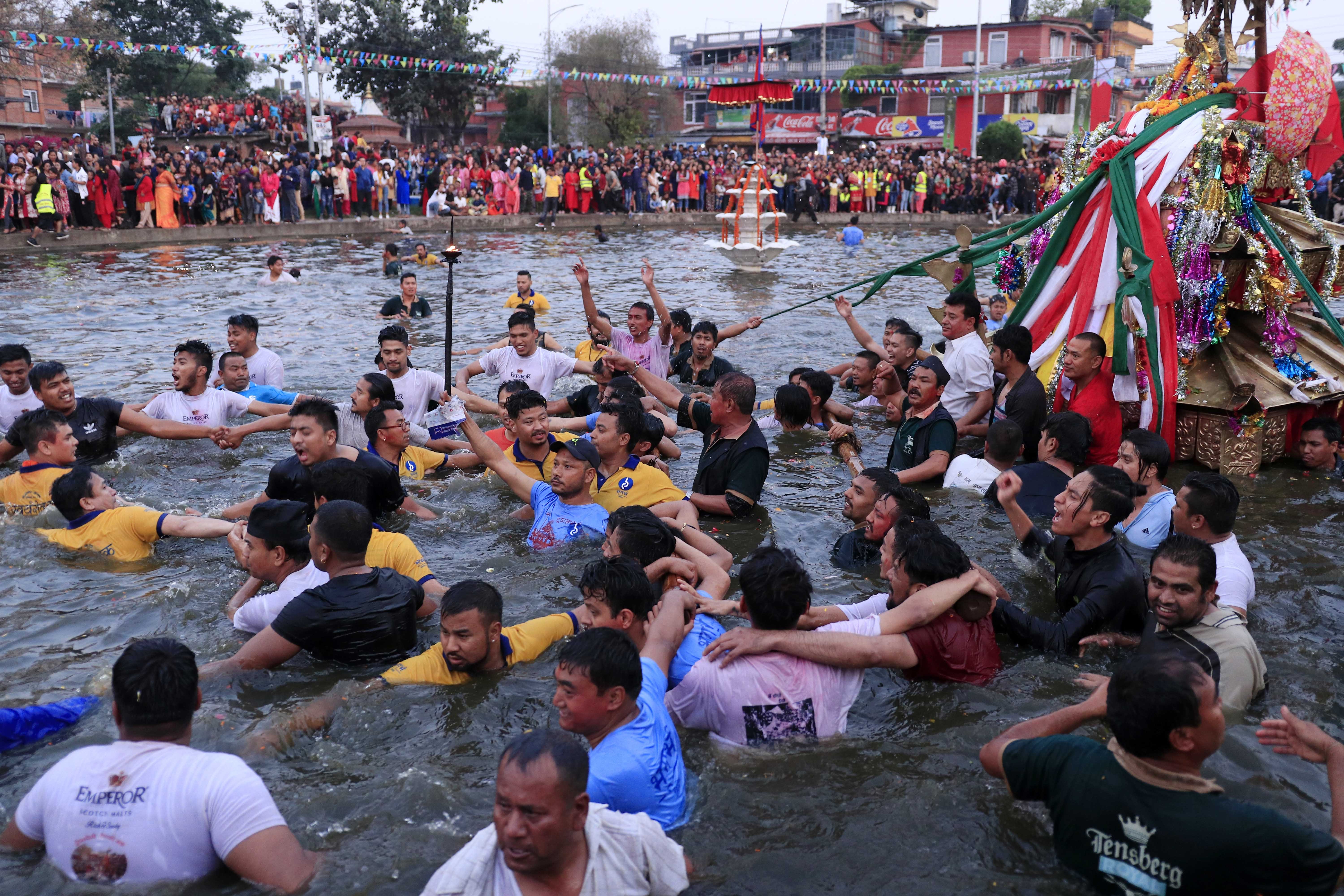 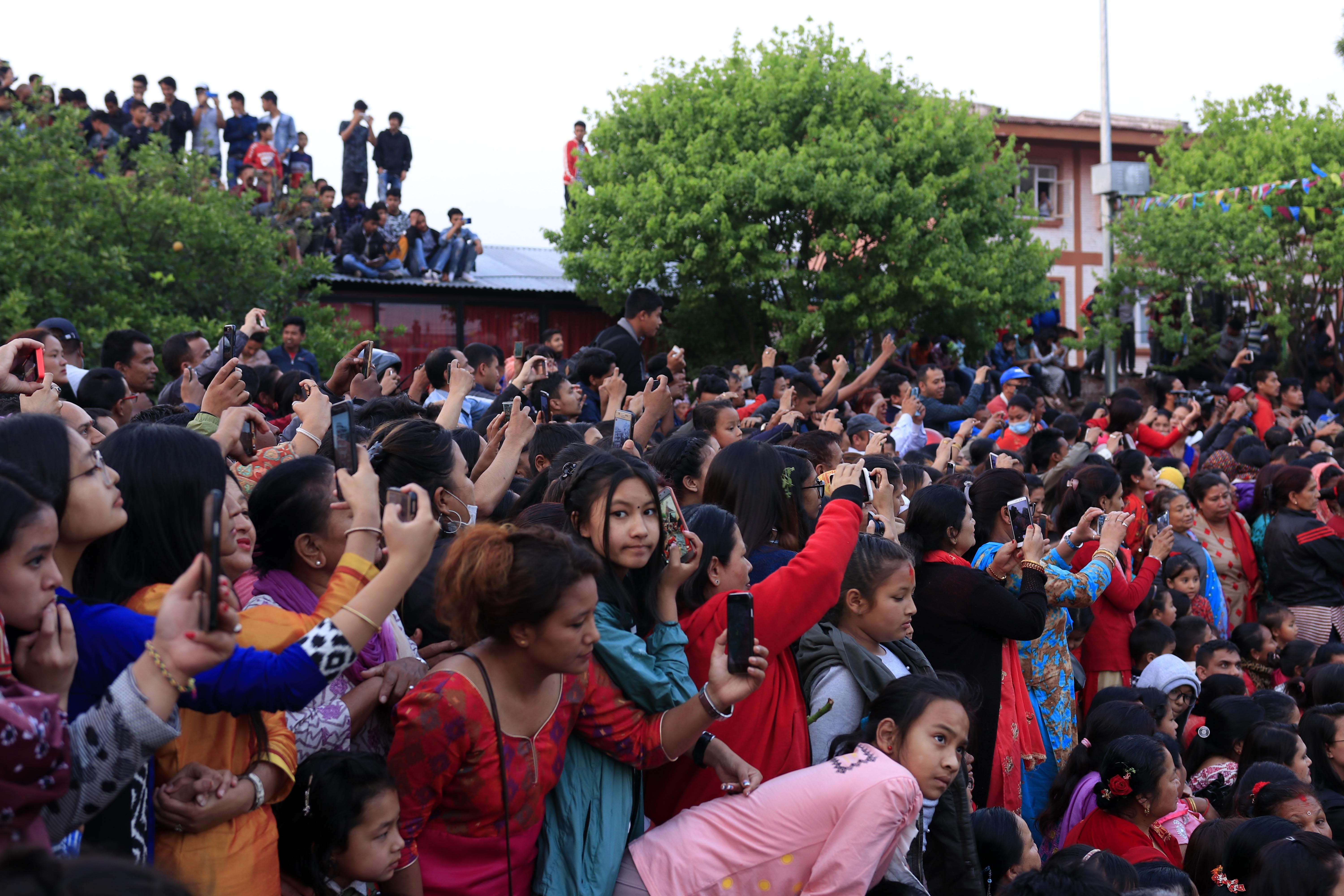 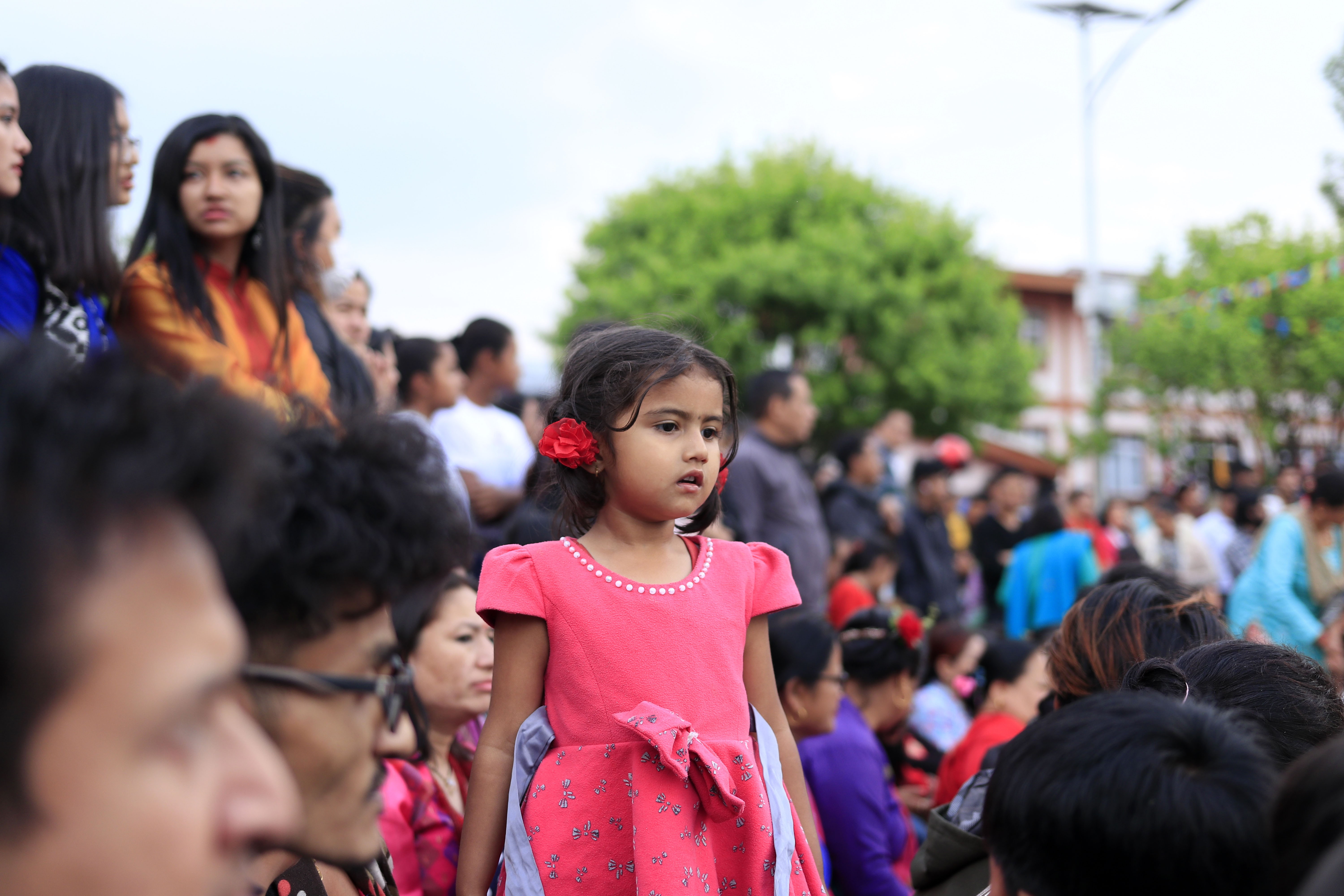