Mai Ogawa and Her Contribution in Kirtipur 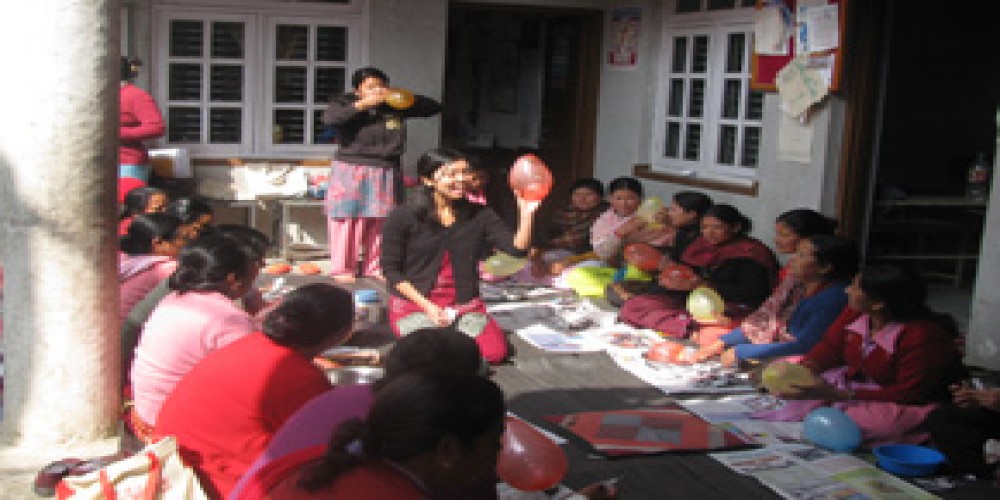 People could even mistake her for a Nepali for she speaks our language with undoubted eloquence. Mai Ogawa is a Japanese volunteer from JICA (Japanese International Cooperation Agency) residing in Kirtipur, Kathmandu from last 18 months. She has been working as a community development officer in the environment section of the municipality office with her counterpart Gyan Bazra Maharjan.

She has introduced the idea of flea market by selling some of the second hand goods donated by her Japanese friends. The money collected through the sale was donated to a local child care centre. In this way, she has brought on the concept that solid wastes are not vain things if we are well acquainted with three R's (i.e. reduce, reuse and recycle). She also teaches in primary levels in various schools regarding this mater.

This 26 year old had all the comforts in life, born in a prosperous country as Japan but she rather chose to volunteer in a poor nation like ours and make a change in our lives. Her supportive parents didn't restrict her from applying in the vacancy announced for volunteer by JICA. She had to pass through a test and an interview and was then send off to Nepal where she was given to volunteer in Kirtipur. Lucky us!

Speaking about her fluency in Nepali, she was trained for two months in Japan and a month in Nepal. Even in this short duration of training, she could manage to come off with flowing Nepali. However, she believes that her work would have been more fruitful if she was taught Newari too since, the majority of people over here speak this language.

Her stay in Nepal is very transient. She is returning to her homeland after two months but her immense contribution to our society should not be forgotten easily. Her selfless devotion to start a new initiative has definitely made a difference in our lives.