The Handmaid’s Tale: A Review 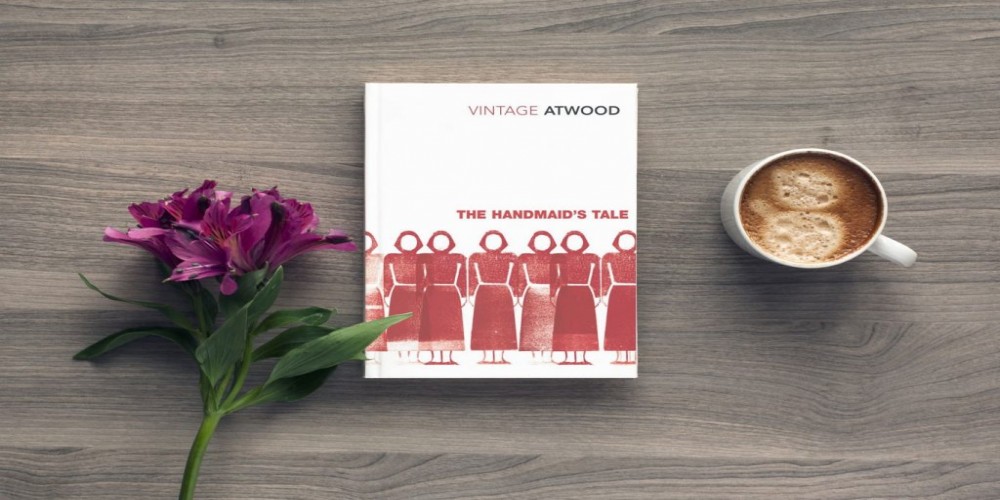 There are many books which leaves you satisfied with the ending, with the end lines and the feeling that it is finally finished… the happy ending the main characters deserve… the happy ending that you deserve to finish off the book, leave it and move on to the next book… next theme entirely. But some books leave you thinking about it for days… wondering about the journey you had with it, the starting and the ending. It leaves you thinking, how the ending came to be and how could you have not seen it coming. You are not quite satisfied with the end, but you wouldn’t have it the other way. The Handmaid’s Tale is something of the later. The journey was magnificent, but the ending was quite not the one I expected.

The Handmaid’s Tale is a dystopian novel by Margaret Atwood that was first published in 1985. It is a classic novel which won numerous awards including Booker Prize (1986). This novel generally tells the story of a near-future totalitarian society, Christian theonomy that has overthrown the United States government. The novel is narrated by a handmaid named Offred. The name Offred is not the narrator’s birth name, it rather derives from the possessive form “of Fred”; the name of the commander that our narrator belongs to. In this new society, everything is controlled by male members of the society while women are inferior to men and only exist to serve them. As the fertility rate of the country has decreased, the male members in authority devised a new rule where the fertile women are assigned to the commanders as breeders. These breeders are called Handmaids and our narrator is one of them.

As the story progresses, our narrator unfolds the secrets of the society for us that she is living in. Her daily chores, her feelings about the things that goes on, the restrictions, the limitations, the boundaries and the fear that surrounds her new reality. She also lets us get a glimpse over her past, how she got where she is and how the world changed around her within matter of time.

In the novel we see how everyone, not just women, are in the control of powerful men in the regime who are guided by the extreme religious believes. The rights of the women are stripped to nothing, the LGBTQ population and acts are punished by death, even the men who have lower status and position in the society have to live fearing the authority of commanders. The men who do not have the status to bear a family have to turn their back towards the female. They are not allowed to have physical relation with anyone and have to fulfil their duty towards their country as “Angels”. However, the main focus of the novel is the rights of the women which has been restricted to nothing more than existing and serving men in orderly fashion.

When the novel was first published, the prediction that the novel made was considered something that would never happen. It was the time when the female rights and feminism was at the rise. At the time, on one thought that the movement they were in would never go into reverse. However, as we see, the society has not much changed. Even though we talk about feminism and such, there are still right-winged religious extremists who think that past is better; the time when women only existed to serve men was better and the world should be like that. Female population still have to fight for equal rights even in the developed countries. And the situation of women in developing and underdeveloped countries are far worse.

I do not want to give away everything, because unfolding the story is what you should do it yourself. However, what I can tell you is the feeling that I had when I read the novel and when I got to the very last text of it. As I said before, this novel left me thinking… unsatisfied. It does not have the happy ending, or should I say, the ending leaves you wondering if the main character ended up having the happy ending. We do not know, and I would rather have it that way than laying everything for me in the spoon. But still, the unsatisfied and rattling feeling is lingering in my heart. The end of the novel leaves us with the feeling that what we do now might be present for us, but in future it is just another past, just another story. And if it is engraved in the words, or collected in audio, it might live on as something for someone else to study. And that is still not conformed as physical materials can deteriorate or get lost. But, if is not, then it just blows out in the wind as the time passes by and it is nowhere to be found except for you memory.