I am Malala – A Review 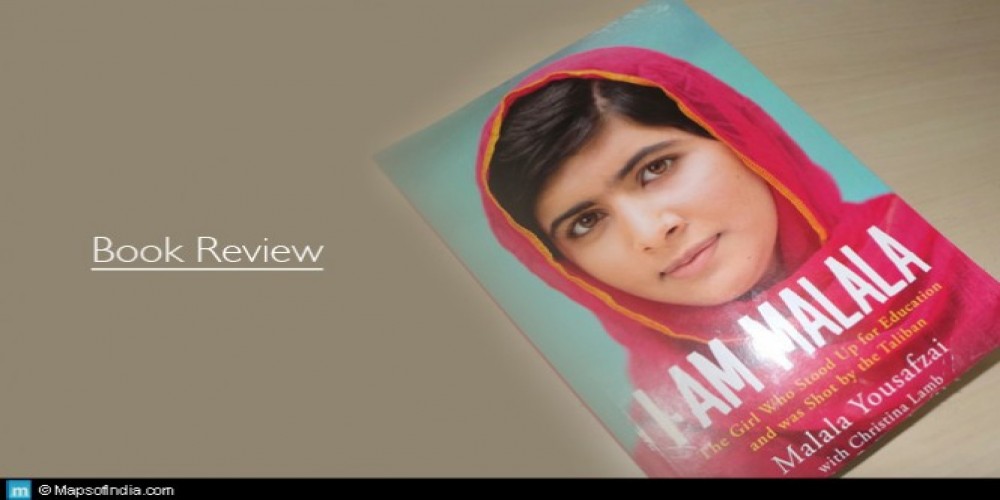 My heart raced when I held “I am Malala” in my hands after waiting for it for more than two weeks. I was still in the middle of reading “The Rape of Nanking” (also a great non-fiction) when the “best non-fiction” of 2015 arrived at my door step. As soon as I got it, I wanted to start gobbling up every word written in it. And as matter of fact, I did! I stopped reading the other book and soon enough started to read “I am Malala” intently - even though I had to go to work after few hours. And I have to tell you, the wait was worth it. Every single word I encountered in the book gave me goose-bumps. It really is a page turner. And the fact that it is an autobiography is unbelievable. It might look like an innocent account of the situation of Swat Valley in Pakistan under Taliban’s rule by a little girl at first. But, it is much more.

But first thing first, let me start this review with the basic background of the book and Malala herself.

You might have already heard the story of Malala. If you haven’t, you wouldn’t be here reading the review of the book. Even if you don’t know, let me tell you.

Malala Yousafzai is now 18 years old. She is the youngest Nobel Peace Prize winner, co-founder of the Malala Fund and one of my greatest inspirations. She believes that every child in the world, girl or boy, have the right to education. She fought for this cause and was shot by Taliban for speaking out. She was shot in head by the terrorist organization named Taliban when she was just 15 years old.

Unbelievable, isn’t it? It was and is a great surprise to anyone to hear that a terrorist organization went after a little girl who was only using her right to freedom and speech.

However, as most of the people in the world know, Taliban is a radical Islamic group who believes that educating women/girls (in fact giving any kind of right to women) is blasphemy. Malala stood up against these extremists with the help of her father. In return, she almost lost her life.

But the story does not end there. Her stubborn determination to live inspired everyone in the world. She survived. And now, she is inspiring the world with her fight and work to make every single child in the world literate.

It is really an instigating story of a normal little girl who fought her way to make even the brutal and self-loathing terrorist gang threatened by her.

The book is beautifully written. Malala starts the book by introducing the beauty of Swat Valley, the place where she spent her entire childhood and one day wishes to return. In the book, she writes the detailed account of how Swat Valley was and what became of it when Taliban took over. She writes about how her country couldn’t do anything about violence in the Valley for several years and how the people had to suffer under Taliban regime. She also presents the full account of how she lived during those dreadful years of oppression, how she was attacked and how she survived the time. She is now living in Birmingham, England. But she wishes to make her way to Swat Valley and to her home one day.

The first thing I loved about the book is how innocent yet intelligent this book is. The innocence of an 18-year-old can be seen in every word of the book. But, it also contains the facts and information that are so knowledgeable. In every page, Malala connects her daily life with the on-going political and social condition in and around Pakistan. In every major incident mentioned in the book, I found myself getting nostalgic. I was a little girl as well when these major events occurred in Malala’s life; like Benazir Bhutto’s return to Pakistan, her assassination, Pakistan army’s encounter with Taliban and even the attack on Malala herself. I was reading these news on newspaper back in my home country. But those were just news to me. I could do nothing but shake my head in disappointment. But when I read the book now, new kind of inspiration and fire started to boil in my blood. I thought to myself, “it is really a time to raise my voice against the discrimination and violence that is prevalent in the world”.

I have to say, my perspective on Malala has definitely changed after I read this book. Before, I used to think of her only as an idol, the image of peace that media focused on. But after finishing this book, I found myself more connected and near the human dimension of Malala. She in every way a normal girl, though what she did was and is extraordinary. With just a little push, she was able to do so much and in such a tender age. However, the what she speaks for is nothing more than equal right.